Not your usual Olympic Games

To inspire young athletes aged between 15 and 18 who aspire to be a part of the Olympic Games as adults, the Olympic Committee created an event dedicated to the next generation of athletes.

The first Youth Olympic Games (YOG) were held in 2010 in Singapore with 3524 participants from 206 delegations. Since then, every two years, it is a tradition that a summer edition is held alternating with a winter edition, just like the traditional version of the Olympic Games. 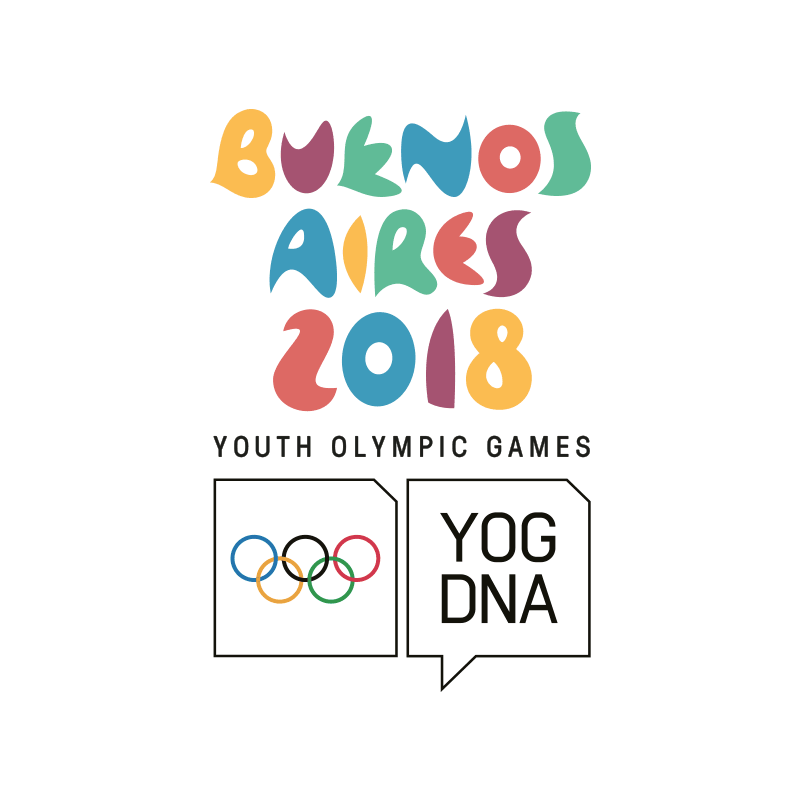 For the third edition that took place from October 6th to 18th, in Buenos Aires, several new sports disciplines have been recognized by the Olympic Committee. Impressive performances of breakdancing, rollerblading, sports climbing and BMX freestyle were witnessed during this latest YOG edition! 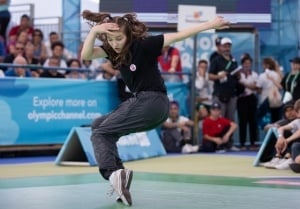 The arrival of new sports on the Olympic scene was not the only milestone of the event. For the first time in the history of modern Olympics, the opening ceremony took place in the central point of the city instead of the ‘’usual Olympic Stadium’’ that we would expect; and was free of admittance to all! The attending spectators witnessed a breathtaking show, especially when acrobats started going own from the top of the obelisk in the middle of Avenida 9 de Julio! 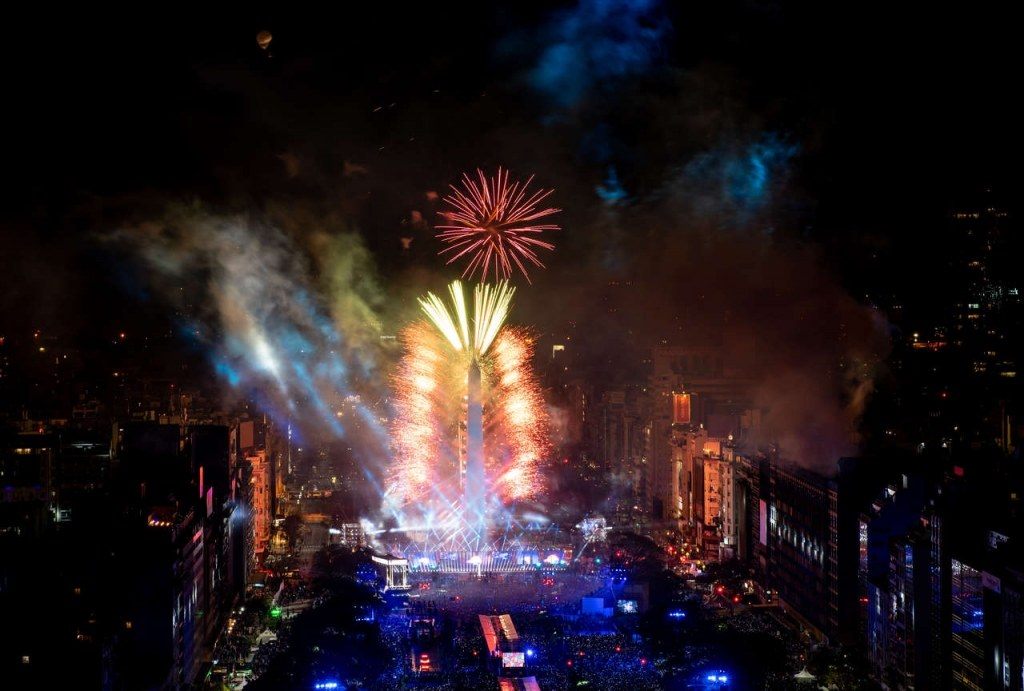 Aerial view of the Avenida 9 de Julio as Fireworks come out of the Obelisk to celebrate the opening of the Games as the Opening Ceremony draws to a close during The Youth Olympic Games, Buenos Aires, Argentina, Saturday 6th October 2018. Photo: Thomas Lovelock for OIS/IOC. Handout image supplied by OIS/IOC

10 000  volunteers who participated in the success of the event

Bruny Surin, a well-known Olympian, who represented Canada at four Olympics in the 1990s, was Team Canada’s Head of Mission at the YOG in Buenos Aires. Canada has done well with its 72 young athletes who have won a total of 11 medals, in seven different sports. 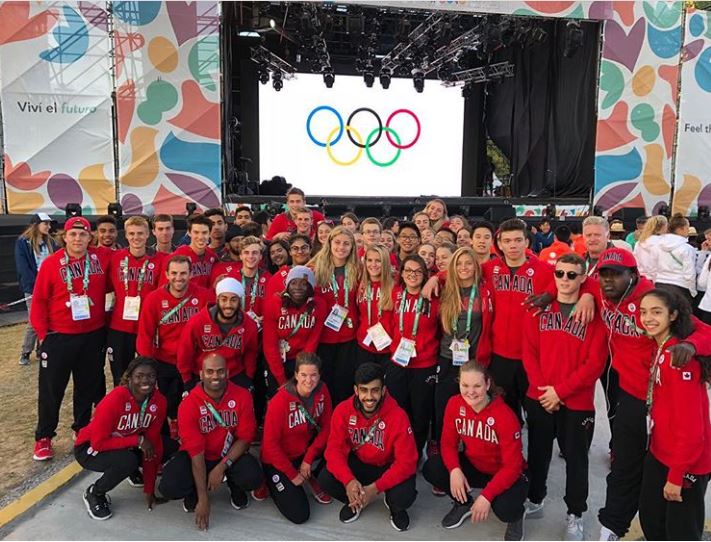 WHY ARE WE TALKING ABOUT THE YOG, AS EXCEPTIONAL AS THEY ARE?

Simply because we have contributed to the technical realization of certain events!

Candock at the Youth Olympic Games

Our premium distributor, Candock Argentina, installed several floating platforms on the Parque Verde and Parque Urbano sites. In total, more than 4,000 cubes have left our facilities in Sherbrooke, Qc, in the past months to travel to Buenos Aires by boat and plane.

The idea was that the triathletes could all leave at the same time in a straight line, which was not possible on Lago de Regatas’s shores.

Indeed, the platform that crosses the water has allowed fair and safe departures for all athletes participating in Triathlon events.

As you can see, the result has led to very colorful departures! 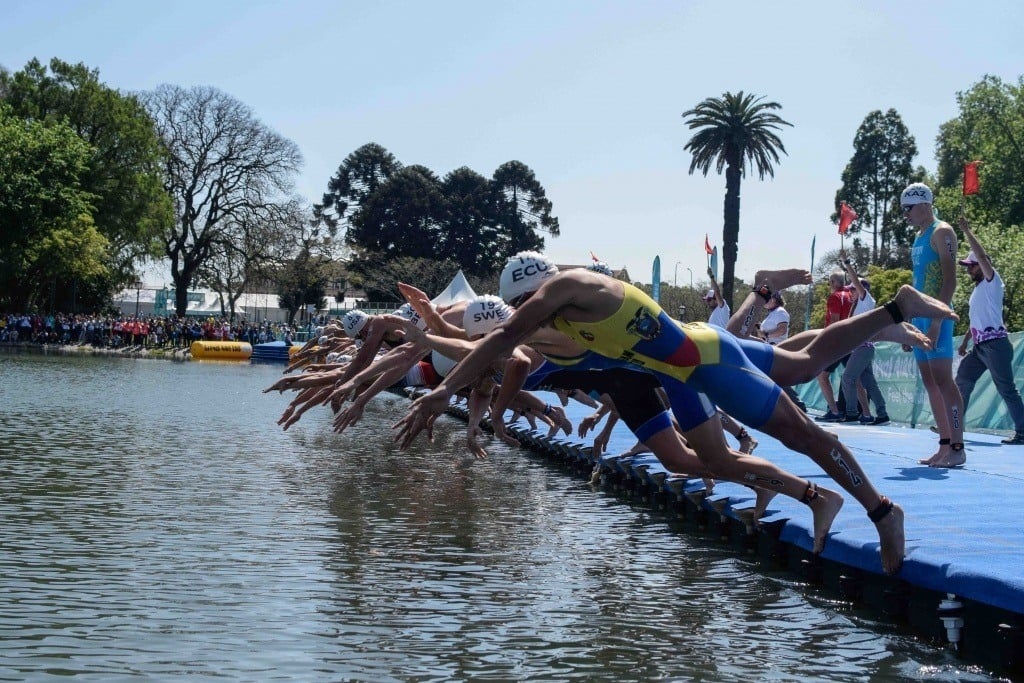 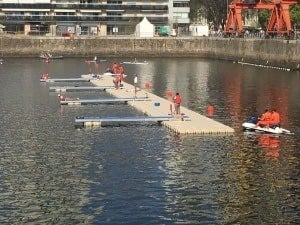 Our Argentinian partners also provided platforms for launching rowing, canoeing and kayaking events. With our range of low profile and rowing cubes, the rowing platforms made it easy for athletes, aligners, and coaches.

For the canoe launching platform, the temporary installation made it possible to position the boat launching ramps at strategic locations on the Rio de la Plata where access was not possible using the existing docks. 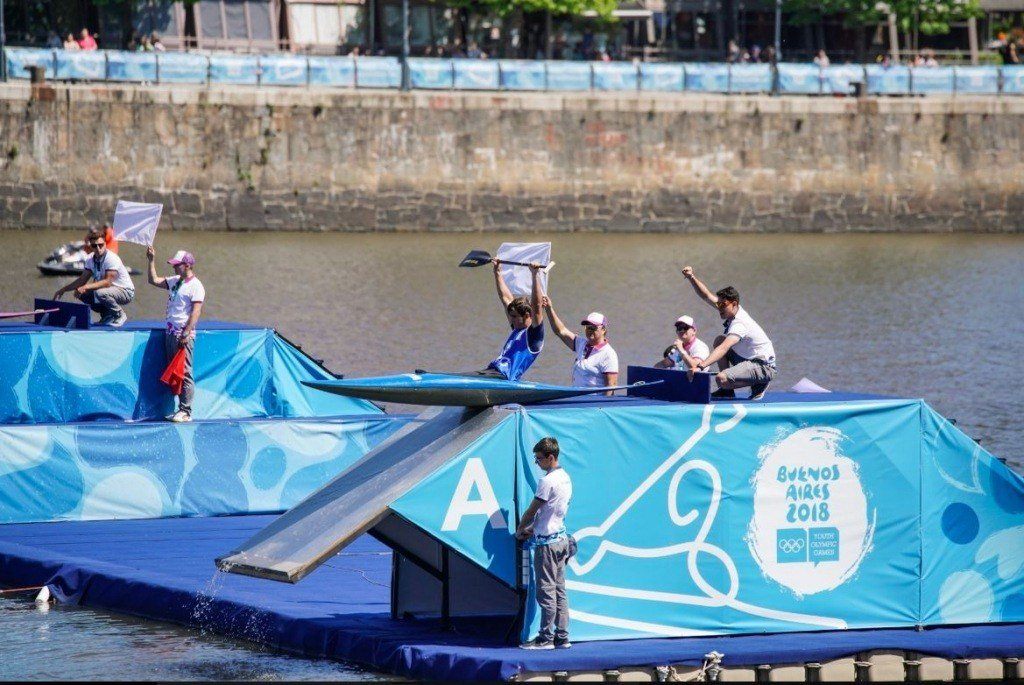 We are incredibly proud to have been part of a sporting and cultural event of such magnitude! The athletes have since left Buenos Aires and the installations are already being taken off.